Tonight as Godric and I  made our way through the narrow lanes winding between the library and our lodgings, we were beset upon by a masked man intent on mortally wounding me. He nearly succeeded. If not for my own powers of restoration and Godric’s quick thinking in distracting the villain, I fear we may not have escaped. When I at last felled the scoundrel, I was stunned to see that he carried a bounty map and contract for me by name “dead or alive.” I stripped the malefactor of his possessions down to his knickers and hurried back to the inn.

Wanted Dead or Alive: Moon Elf priestess interloper, Tristavyrr Faërgwynn. She may be travelling alone or in a group.  1.7m tall. Approximately 150 lbs., Whitish Blue skin. Follower of Corellon Larethian. Last seen headed to Waterdeep. Bounty of 1,000 gp to be paid at the location on the map provided.  Sealed with a Dragon and the Crest of Berdusk.

Things have obviously taken a dire turn. Had I thought, even for a moment, that I would be pursued like this, I should never have put the others in danger. The time to be coy about my origins have come to and end. Over a knot of nerves, I confessed to Wenmuck, Mario, and D’Handara that I am the grandchild of Persalor, one of the most famous Dragon Slayers of Faerûn. 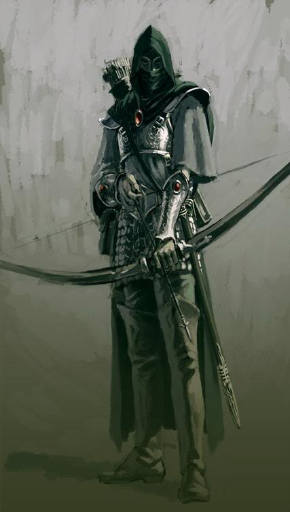 One thought on “The Night of the Assassin”